American Samoa is a territory trusted by the U.S. government, but not included in any U.S. state. The President of America has sovereignty over it, and its inhabitants (about 52,000 people) are considered Americans by nationality, but are not citizens. The area of the territory is almost 200 km2.

This is what the modern flag of American Samoa looks like:

American Samoa did not have any state symbols before the first Europeans came to the islands (18th century). There is no documented evidence of a flag, although some sources suggest that some images were used as symbols.

After 1899 Samoa was divided between Britain, Germany, and the United States, with each country having its own interests. In April 1990, the U.S. symbol was approved as the official symbol in American Samoa.

In April 1960, the current version of the flag was adopted as the national flag.

American Samoa has no other flag options other than the main flag.

Description of the flag of American Samoa

The official flag of American Samoa became the national flag in April 1960, the day the first constitution came into force. The cloth has proportions of 1 to 2.

The white triangle is separated from the blue by a red stripe.

On the white triangle, a white-headed eagle is drawn, soaring to the side, attached at the stem of the banner.

In its talons it holds the Samoan symbols of power: the broom (fue), and the cudgel (uatogi).

The banner of American Samoa has three primary colors: blue, red, and white. These colors are also traditional for the American symbol. The colors used on the banner are still brownish, for the image of the eagle, and yellow for the used symbols of Samoan chiefs.

The broom (flyswatter) in the eagle’s talons symbolizes the wisdom of Samoan chiefs, and the military cudgel symbolizes the power of the state. Together they signify peace and order under U.S. control.

The image of the eagle symbolizes the national relations with the United States, for which this bird is also considered a symbol. The white-headed eagle is represented on the Great Seal of America. 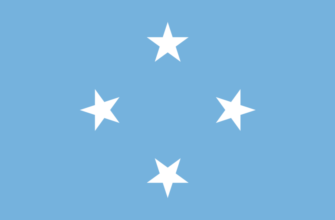 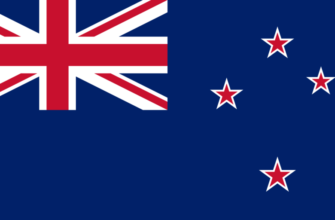 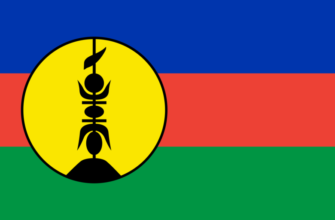 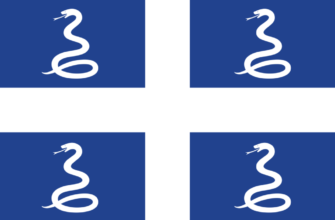 Flag of Martinique
Martinique, a Caribbean island that has long belonged 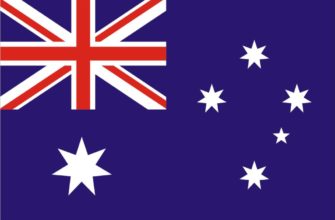 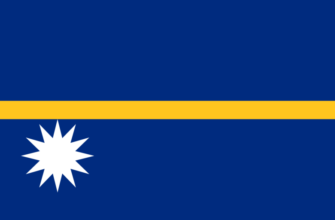 Nauru flag
Nauru has spent some time in its history under foreign control. 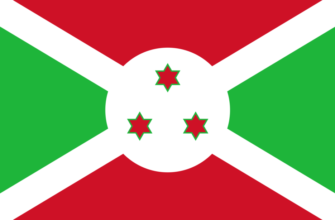 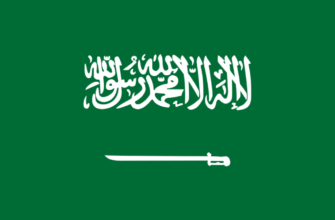